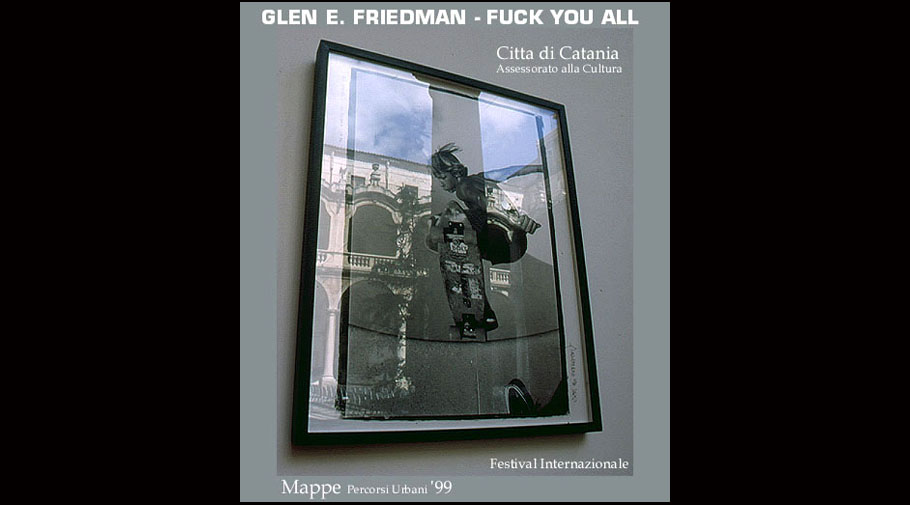 The last stop in Italy for the
FUCK YOU ALL exhibition
took place in
CATANIA , SICILY
at the Art Institute of the City Hall
(via dei Crociferi)

As part of the Festival International in Catania, sponsored by the city council and managed by OFFICINE, a crew of people composed by Sergio, Felicita, Ivano, Massimo, Biagio, with Giovanna and Agostino (singer and guitarist of Uzeda).

The PREMIER presentation of the Fluid Video Crew’s production “FUCK YOU ALL”, a G.E.F. video interview made in Rome during 1998, also took place during the opening night festivities.