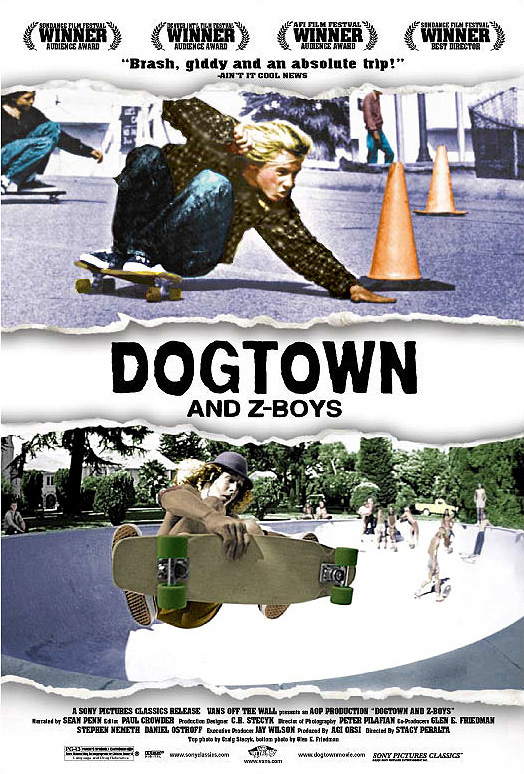 As far as the film “DogTown and Z-Boys” is concerned, Glen’s official credit as Co-Producer and Creative Consultant, barely explain the major influence he had on this feature length documentary. But those who know Glen best can see where his marks were and weren’t made in content, story, and music, as well as the obvious photo contributions. The film was shown publicly for the first time at the Sundance film festival in 2001 where it won the audience choice award for best documentary. It has also won several other internationally respected festival awards since.

Check out this photo of GEF and some old respected friends at the world premiere in Los Angeles. 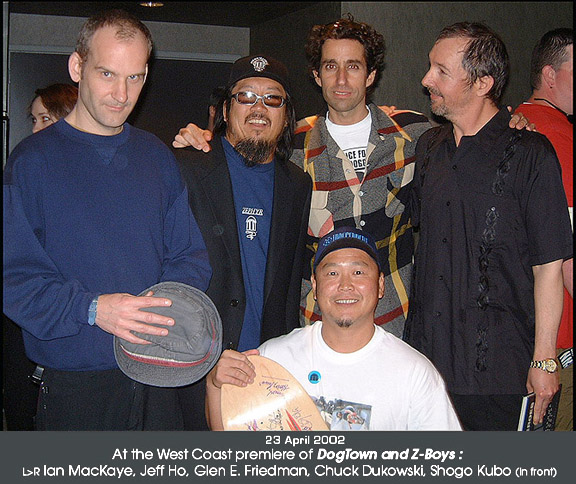